Take in this double CHILLS AND THRILLS feature before we launch the THANKFUL FOR SF & FANTASY READS event Thursdays from October 22 through November 19, 2020!

Check out my stop on the blog tour for Forget This Ever Happened by Cassandra Rose Clarke! 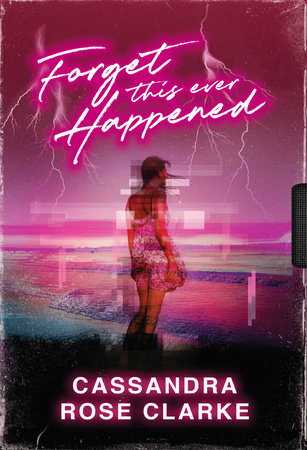 And sometimes there isn’t.

Summer, 1993. Claire has been dumped in rural Indianola, Texas, to spend her whole vacation taking care of mean, sickly Grammy. There’s nothing too remarkable about Indianola: it’s run-down, shabby, and stifling hot, a pin-dot on the Gulf Coast.

Well, there is one remarkable thing, she discovers. Something otherworldly.

But if you leave Indianola, you forget about it… and if you stay, you have to live with it every day.

Because there’s a confluence of energies at Indianola, a fissure in time and space, a gap in reality. Nothing is as it seems. And unless Claire can figure out this town–the talkative lizards under the pecan trees; the honey-sweet but terrifying girl next door; the cute daughter of a powerful family, who would answer Claire’s questions if she had any answers; the pervasive sense of history coming unspooled, like a video tape–she might never leave.

Featuring a mindbending plot, heartfelt queer romance, brilliant writing, and intricate worldbuilding, Forget This Ever Happened is a lush and thrilling genre-bender perfect for the Black Mirror generation.

Claire climbs out of the back seat of her parents’ car and stands on a cracked driveway surrounded by brown grass. The air smells of oil refineries and dead fish. After a moment’s hesitation, she shoulders her backpack like a soldier preparing for war.

Her mother has already pulled Claire’s suitcase out of the trunk. She leans against the car and squints at the squat, pink brick house waiting at the end of the drive. “You’ll have fun,” she says. “Living on the beach.”

“You’re close enough.” A pause. “Grammy says my old bike is still in the garage. It’s only about a ten­-­minute ride.”

Claire doesn’t answer. She assumes time has distorted her mother’s memory. There’s nothing about this house, with its peeling shutters and straggly flowerbed and patches of bare soil, that suggests the beach.

Claire’s mother walks up to the front door and rings the bell. In the shade of the porch, she pushes her sunglasses up on her forehead. Claire hangs back in the hot sun. Her mother doesn’t look like she belongs here: She’s too sleek, too polished, too fashionable. And yet here is exactly where she grew up. Twenty years ago, Claire’s mother bounded down that sidewalk and rode her bicycle through the shabby little town of Indianola and lived, in one way or another, an entire child-hood and adolescence. Claire can hardly imagine it.

The door swings open. Behind the screen, Grammy’s face appears, powdery with makeup. She still wears her hair like it’s the sixties.

“There was a wreck on the highway.” Claire’s mother taps her foot. “Could you let us in? It’s sweltering out here.”

Grammy unlatches the screen and retreats into the potpourri-­ scented darkness. Claire’s mother pushes her way in first, quick and impatient­—Claire knows she gave up her Saturday to drive her down to Indianola, and she’s probably thinking of all the household chores she needs to take care of, all the work she brought home with her from the real estate office. Claire follows her in, down the narrow hallway, into the living room. It’s like stepping into a cave. The curtains are drawn tight over the windows and the air is hot, like Claire expected. Stuffy. A metal fan rotates in the corner, casting an arc of moving air that’s not nearly wide enough to encompass the whole room.

“I’m going to put you up in the blue room.” Grammy shuffles over to her chair and collapses into it. Her skin is pale beneath her makeup, and there are dark circles under her eyes that Claire has never seen before. “That was always your favorite, wasn’t it?”

“Sure.” Claire is lying; she’s never had a favorite room. Her family usually stays at the Days Inn when they visit Grammy. It has air-conditioning.

“Let’s drop off your things. I really want to get back on the road by two o’clock.” Claire’s mother bustles down the hallway. Grammy watches from her chair, her glasses reflecting the light of the floor lamp. She doesn’t offer to help because she can’t help. That’s the entire reason Claire is here: Her grandmother is sick with some sort of chronic disease that leaves her constantly exhausted. She insisted that Claire stay with her this summer, even when Claire’s mother offered to scrape together the money to hire a live‑in nurse.

The door to the blue room is the only one open in the hallway, and the room itself looks as it always has. Dusty sheer blue curtains. A twin bed with a tattered blue quilt. A desk weighed down by an old­-­fashioned typewriter and stacks of ancient ledgers. A vanity with an arch of lightbulbs and a cloudy mirror. A framed photograph of a mansion on the wall, ­black-­and-­white, with a palm tree growing in the front yard. Inset in the frame is a metal label that reads Sudek Mansion, 1890. But the Sudek family, Claire’s family, has never owned a man-sion, as far as Claire knows. She asked Grammy about it once when she was younger and got yelled at for her trouble. Just another unpleasant Grammy memory.

Claire’s mother opens up the closet, drags out the fan, plugs it in. It switches on immediately at high speed, stirring around the hot air. A trickle of sweat drops down Claire’s spine. It’s going to be a long, lonely summer.

“Do you need any help unpacking?” Claire’s mother looks over at Claire, her hands on her hips. Claire can tell by her expression that she expects the answer to be no.

“Good. I’m really going to have to hustle to get back.”

Claire tosses her backpack on the bed, next to her suitcase.

“I wrote down all the numbers you might need.” Claire’s mother pulls a sheet of paper out of her purse, folded into a tight square. She hands it to Claire and Claire unfolds it. There they are, all the numbers.

“You’ve got her doctor, the local hospital, the closest neighbors­—the Freytags, you remember them? Plus I wrote down the number for the grocery store. Maybe they do deliveries.”

“I doubt they do deliveries,” Claire says.

“Well, I’m sure Grammy will let you borrow the car.”

Claire doubts that too, but she doesn’t say anything.

Her mother taps her foot, frowning down at the list. “I don’t think I’m forgetting anything. You can always call the house if something comes up. You have the credit card we gave you?”

“Only for emergencies. Grammy agreed to pay you an allowance each week, so you spend that on yourself.”

Her mother draws her into a hug. The fan blows dust across them both. For a moment Claire thinks she can smell the sea.

“Have fun this summer,” her mother says.

Claire expects her mother to chide her, but she only sighs again, and brushes Claire’s hair away from her forehead.

“Nothing’s impossible here,” she says, and her voice is very far away. 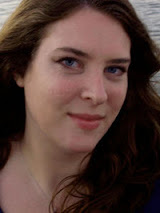 About the Author
Cassandra Rose Clarke is a speculative fiction writer living amongst the beige stucco and overgrown pecan trees of Houston, Texas. She graduated in 2006 from The University of St. Thomas with a bachelor’s degree in English, and in 2008 she completed her master’s degree in creative writing at The University of Texas at Austin. Both of these degrees have served her surprisingly well.During the summer of 2010, she attended the Clarion West Writers Workshop in Seattle, where she enjoyed sixty-degree summer days. Having been born and raised in Texas, this was something of a big deal. She was also a recipient of the 2010 Susan C. Petrey Clarion Scholarship Fund.
Website: http://www.cassandraroseclarke.com/
Twitter: https://twitter.com/seeorsea
Facebook: http://www.facebook.com/authorcassandraroseclarke
Instagram: https://www.instagram.com/cassandraroseclarke/
GIVEAWAY: